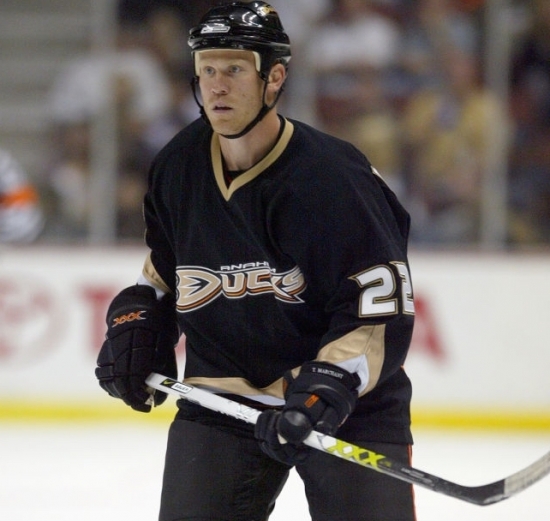 Todd Marchant's NHL career began in the 1993-94 Season, and a dozen years later, the Mighty Ducks claimed him off of the waivers.

Marchant was in the back nine of his career, but he was still a specialized penalty killer whose work on a lower line filled a role on the Anaheim roster.  Marchant was a member of the 2007 Stanley Cup Championship Team, winning his first (and only) cup at age 33.  He would retire after the 2010-11 season, scoring 38 Goals with 8 of them coming Shorthanded.

If this rank seems low, it is hard for us to place him any higher when his overall Point Shares were under five when he played over 400 Games for the team.