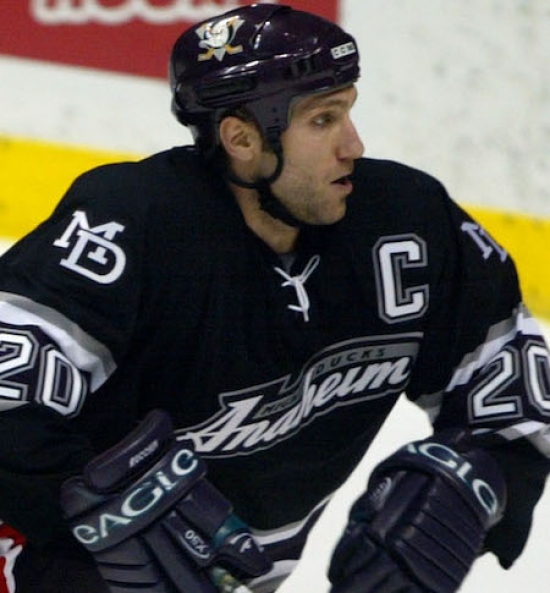 It was an incredible story for Steve Rucchin to make the NHL, as the native of Ontario, never played at an elite junior level, and was scouted for his play at the University of Western Ontario, an avenue that is not known for producing NHL talent.  In his senior year, Rucchin won the CIS Player of the Year and caught the Anaheim Ducks' attention, who took him second in the 1994 Supplemental Draft.

Rucchin made the team and found a niche as a two-way player and penalty killer. Rarely drawing penalties, the Centre had five 50 Point years for Anaheim, and probably would have had two more had a jaw injury not sliced two seasons short.  Rucchin would receive Frank J. Selke votes in four of his years in Anaheim, peaking with a seventh-place finish in 1998-99, and he also had a sixth-place tally in Lady Byng voting in 2003-04.  That was Rucchin’s last season in Anaheim as he was traded to the New York Rangers afterward.

With the Ducks, Rucchin totaled 279 Points.