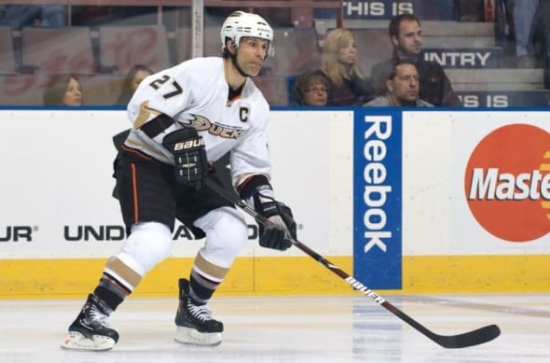 Had Scott Niedermayer retired before he signed with the Mighty Ducks of Anaheim, he might have been a Hall of Famer as is.  He had already won three Stanley Cups, and a Norris Trophy as a New Jersey Devil, but the Defenseman from Alberta had a lot left, and he removed all doubt after his five seasons in California that he was a Hall of Fame player.

Niedermayer signed with Anaheim in August of 2005 as a Free Agent and was the runner-up for the Norris and a First Team All-Star in his first year as a Duck. The year after, the Mighty Ducks of Anaheim became the Anaheim Ducks, and the transformation also coincided with the Ducks' first Stanley Cup win.  That year, Niedermayer was the Conn Smythe winner and was again a First Team All-Star.

The blueliner played three more years with the Ducks and was a two-time All-Star with the team.  Niedermayer played until the 2010 season and had 264 Points in 371 Games.

Niedermayer entered the Hockey Hall of Fame in 2013, his first year of eligibility.