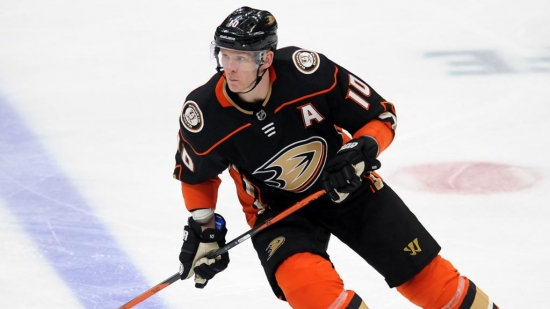 Corey Perry debuted in 2005 for the Ducks, two years after being drafted late in the First Round (28thOverall), and he would methodically improve annually to where he was one of the most rounded hockey players in the game.

Perry helped the Anaheim Ducks win the Stanley Cup early in his career (2007), and he had back-to-back seasons of 70 Points in 2008-09 & 2009-10.  This was good production, but it laid the groundwork for his 2010-11 year, where Perry won the Hart Trophy and scored 50 Goals as the league's leader in that metric.  Also, a First Team All-Star, Perry was atop the leaderboard in Game-Winning Goals (11).

The Right Wing was never considered for another Hart Trophy, though he was still a valuable contributor for years.  Perry was a First Team All-Star again in 2013-14 when he had an 82 Point year. Nine times, Perry would reach 50 Points, and he went to the All-Star Game four times.

Perry left Anaheim after 13 seasons, signing with the Dallas Stars as a Free Agent. With the Ducks, Perry had 776 Points in 988 Games.