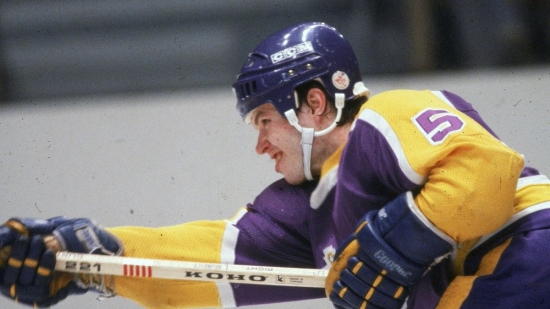 The Hall of Fame career of Larry Murphy began in Los Angeles, the organization that made him the Fourth Overall Pick in 1980.

Murphy made the Kings immediately, scoring 76 Points, and was the runner-up for the Calder, as well as finishing seventh for the Norris.  He never had a higher scoring season for Los Angeles but was still a potent performer from the blueline.  He had over 60 Points in the next two seasons and might have had another, but he was traded six Games into the 1983/84 campaign to the Washington Capitals.  As a King, Murphy had 254 Points with a .86 PPG.

He went on to have three Second Team All-Star campaigns and win four Stanley Cups (two with Pittsburgh and two with Detroit). He entered the Hockey Hall of Fame in 2004.