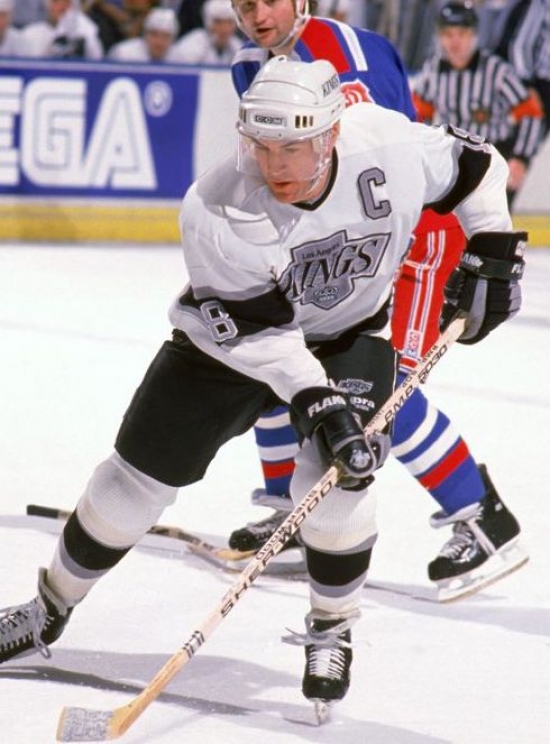 Dave Taylor played college hockey with Clarkson University, where he became the institution’s all-time leading scorer.  As Clarkson is not known for their Hockey prowess, Taylor was a low pick (210th Overall in 1975) but continued to improve.  Playing two more years at Clarkson, Taylor joined the Kings, which became the only NHL team in his career.

Taylor had 91 Points in his sophomore season and 90 in his third.  The Right Wing would join Marcel Dionne and Charlie Simmer on what became Los Angeles's famed "Triple Crown Line," resulting in back-to-back 100-Point campaigns.  In Taylor's best year, 1980-81, he had career-highs in Points (112), Goals (47) and was named a Second Team All-Star.

Taylor remained a potent scorer, cracking 90 Points for the fifth time in 1984-85, and as he got older, he still provided depth and leadership, so much so that in 1991, he won both the King Clancy and Bill Masterton Memorial Trophies.

Taylor retired after the 1993-94 Season, and he remains the lowest drafted NHL player in the 1,000 Point Club.  The Kings gave him the ultimate honor in 1995 when they retired his number 18.