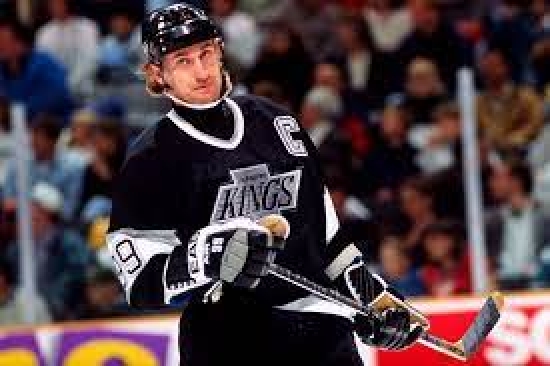 Edmonton Oilers' owner, Peter Pocklington, had a dynasty, but he also had a problem; he was hemorrhaging money through his other failed projects.  His biggest asset was Wayne Gretzky, the best player and most prominent name in the sport, and he engineered a trade, sending his superstar to Los Angeles, and in the process, shifting the hockey world to Southern California.

With all due respect to all the Kings players before Gretzky, they didn't make Los Angeles, a must-watch team.  Gretzky did.  In his first season in L.A., Gretzky won what would be his final Hart Trophy.  Hockey became hugely popular in California, and arguably because of Gretzky, two more teams (Anaheim and San Jose) would enter the league.

The Kings would not reach the Stanley Cup Finals, but again, people were watching.  Pittsburgh's Mario Lemieux would become the NHL's best player, but Gretzky was still the "Great One" and the game's top draw.  Following that first year with the Kings, where he led the NHL in Assists for what was the tenth straight year, he did so again the following three years and again in 1993-94.  Lemieux's illness allowed Gretzky to win the Art Ross as the game's leading scorer in 1989-90 and 1990-91, and he won it a final time in 1993-94.  Still one of the cleanest players in hockey, Gretzky won three Lady Byngs as a King.

The Kings were struggling in the standings, and while Gretzky was still a draw, he was set to become a free agent.  L.A. traded him to St. Louis, and he would leave the, to finish his career with the Rangers.

With L.A., Gretzky scored 918 Points, 672 being Assists.  The Hockey Hall of Fame inducted Gretzky immediately, waiving the three-year rule when he retired in 1999.  Three years later, his #99 was forever hung to the rafters in Los Angeles.