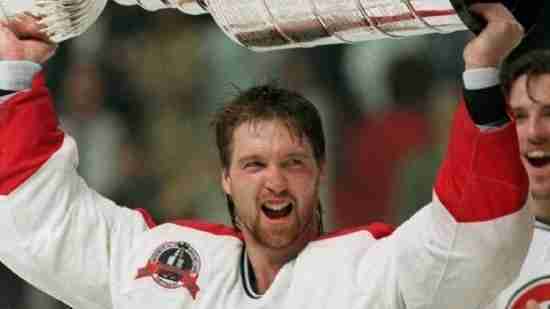 Patrick Roy was one of the greatest goaltenders that ever lived. Like Ken Dryden did fifteen years before, Roy came out of nowhere to become the starting netminder for the Montreal Canadians and took them to a Stanley Cup in 1986. The difference though, is that the 1986 team had no real business winning that trophy, and had it not been for the emergence of “Saint Patrick” it would not have happened. The same could have been said for the Montreal team that won in 1993; as again Roy backstopped a squad that probably would not have come close without him. Roy was beloved in Montreal and was certifiably amongst the best goalies in the NHL, but even legends have an off night.
On December 2, 1995, Patrick Roy let in nine goals in the first thirty minutes against Detroit and was left in the game, for what he considered far too long. Roy vowed that he played the last game for Montreal, and sure enough he did. He was traded to the loaded Colorado Avalanche franchise and proved to be the final piece of the puzzle as the Avs won their first Stanley Cup. Overall, Roy would win four Cups and was the Conn Smythe Trophy winner in three of them. Throw in the three Vezinas and four First Team All Star honors, and there was no doubt as to why Patrick Roy was inducted into the Hockey Hall of Fame in his first year of eligibility.

Should Patrick Roy be in the Hall of Fame?

More in this category: « Herb Brooks