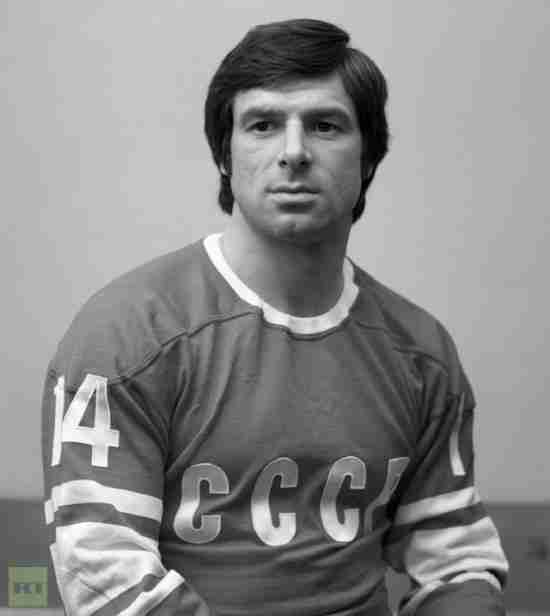 Valeri Kharlamov never played in the National Hockey League, but every NHL fan in the 1970’s knew who he was.   Vladislav Tretiak may have received most of the attention in the Soviet Red Army, but it was the scoring prowess of Kharlamov that ran the engine. In addition to the passing and stickhandling fundamentals that were ingrained in the Russian players, Kharlamov was a flash on the ice and could maneuver around defenders effortlessly.
In the 1972 Canada/USSR Summit Series, Bobby Clarke deliberately slashed Kharlamov’s ankle to slow the Russian who was decimating the Canadians up until that point. Many thought, that Kharlamov was the best player on the ice up to that point, and after taking away the Soviet star’s effectiveness, the series momentum switched to Canada. The Soviet Centre would continue to dominate tournaments and the Russian League, where he was considered to be the best player until a car accident in 1976, where afterward he was never the same player. Coincidentally, it would be another car accident that would end his life in 1981 at the age of 33.

Should Valeri Kharlamov be in the Hall of Fame?