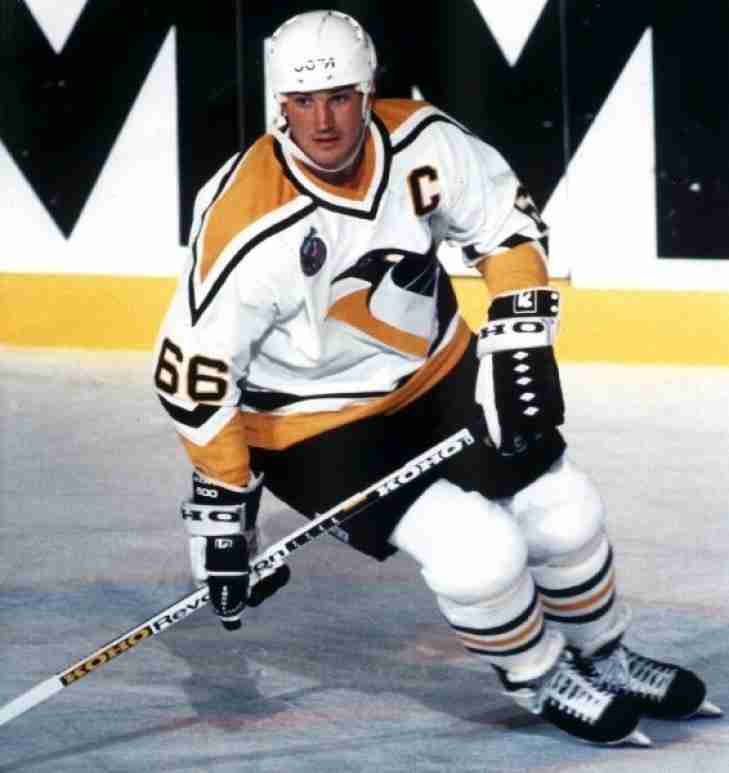 There is so much that can be said about Mario Lemieux, that a fewparagraphs just don’t seem to cut it.  Putting it simply, Mario Lemieux is one of the greatest scorers in the history of hockey who seemed to have infinite ways to fool goaltenders.  As such, he was one of the most exciting players in the league and challenged Wayne Gretzky as the top player in the game.  It can be argued (and we will) that Mario’s presence in Pittsburgh saved that franchise from relocation in the 80’s.


Lemieux would win every accolade worth winning (including two Stanley Cups) and it can be argued that he should have won a lot more.  Injuries and a bout with cancer derailed Lemieux in the prime of his career, and the accumulation of injuries forced an early retirement in 1997, after which he was granted an early induction into the Hockey Hall of Fame.

As we know, Lemieux came back and though he was not always able to complete a season, he was still considered among the top players in the game.  Although the on ice accomplishments of Mario Lemieux have few equals, what would he have done had he been healthy for most of his career?  The record books will ever know.

Should Mario Lemieux be in the Hall of Fame?

More in this category: « Glen Sather