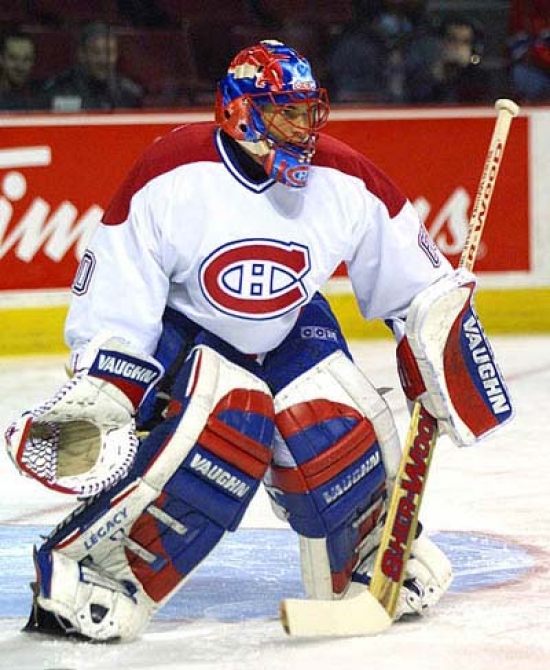 After the 1996 World Junior Hockey Tournament where he led Canada to their fourth straight Gold Medal, Jose Theodore, who was drafted by the Montreal Canadiens would slowly work his way up the organization’s depth chart and in the 1999-2000 he would share netminding duties before becoming the main Goalie shortly after.

In the 2001-02 season, Jose Theodore would win the Vezina Trophy winning 30 Games with a 2.11 GAA and an NHL leading .931 Save Percentage on an average Montreal Canadiens team.  Theodore would also finish first among all players in Point Shares and he was rewarded with not only the Vezina but the Hart Trophy (though for some reason Patrick Roy was the First Team All Star).  Theodore would never have a season like that again but he would be a named an All Star for the second time (2004) and later win the Bill Masteron Trophy in 2010.  He retired with a very good record of 286-254-69 with a Goals Against Average of 2.68.

As it stands now, Jose Theodore is likely to be remain one of the few players to win the Hart Trophy who is not inducted into the Hockey Hall of Fame.

Should Jose Theodore be in the Hall of Fame?