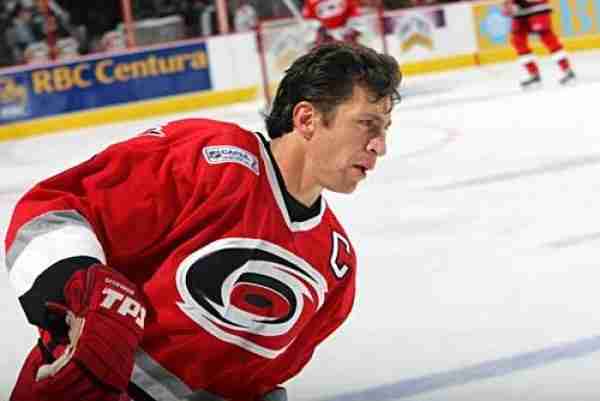 An intense workout machine whose gym work likely granted him twenty NHL seasons, Rod Brind’Amour was not just a physical anomaly, but one hell of a hockey player.


Although Brind’Amour showcased offensive prowess (1,184 career points) it was his defensive skills that opponents feared. As one of the top shut down centers in hockey, Brind’Amour twice won the Selke Trophy for the league’s best Defensive Forward. As a popular player with the Philadelphia Flyers, he was surprisingly shipped to Carolina. What may have been more shocking was that he was able to lead the Hurricanes to their first Stanley Cup. Although his career numbers are solid, Brind’ Amour lacks the signature season that the Hall looks for, although his accomplishments are certainly worth celebrating somewhere.

Should Rob BrindAmour be in the Hall of Fame?

Should Rob BrindAmour be in the Hall of Fame?

0 #1 Park3 2019-06-25 23:52
I think Rod's Hall chances got a slight boost today with the induction of Carbonneau. It's a shame the PHWA held (still holds?) some kind of grudge against the Flyers org because Rod deserved much more Selke consideratio n in the 90s than he actually got.
Quote
Refresh comments list
RSS feed for comments to this post