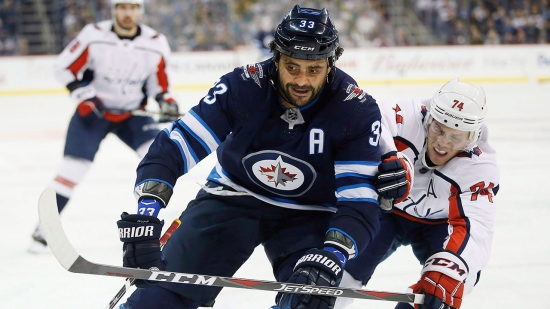 Already a Stanley Cup Champion (with Chicago) when Dustin Byfuglien was traded to the Thrashers in what would be their last year in Atlanta, he was moved back to his natural blueline position and essentially became a more valuable hockey player.

In that lone year in Atlanta, Byfuglien scored 53 Points and was an All-Star.  As the team relocated to Winnipeg, the blueliner was cemented as their defensive star, reaching the 50 Point mark three times and cracked 40 another two.  Byfuglien was seventh in Norris voting in 2010-11, and he received Norris votes five more times.  A three-time All-Star as a Jet, Byfuglien is easily the best Defenseman in the young franchise's existence.

Sadly, it was an acrimonious end for Byfuglien in Winnipeg as he had personal problems in 2019, and requested a leave of absence, that led to a suspension.  He was released in 2020, but his 525 career Points is an impressive tally.