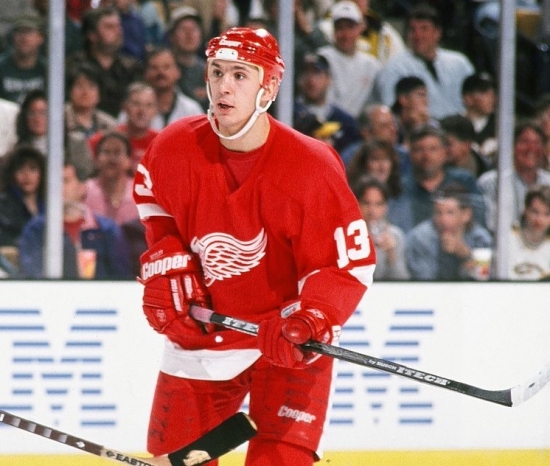 One of the last players to be manufactured from the U.S.S.R., Vyacheslav Kozlov played for the Soviet Union as a Junior and was a two-time Silver Medalist in the World Junior Hockey Championship.  Entering the NHL two months before his 20th birthday, Kozlov would provide a solid scoring touch for the Detroit Red Wings a team he was comfortable with as they had four other Russians on the team.  With Detroit he would have two 70 Point seasons but more importantly was a cog in the machine that won back-to-back Stanley Cups in 1997 & 1998.

Kozlov would later be traded to Buffalo as part of trade that brought Dominik Hasek to the Red Wings.  He would later sign with the Atlanta Thrashers where he would have four more 70 Point seasons and a career high 80 Points in 2006-07.  Kovalev would score 853 Points overall.

Should Vyacheslav Kozlov be in the Hall of Fame?