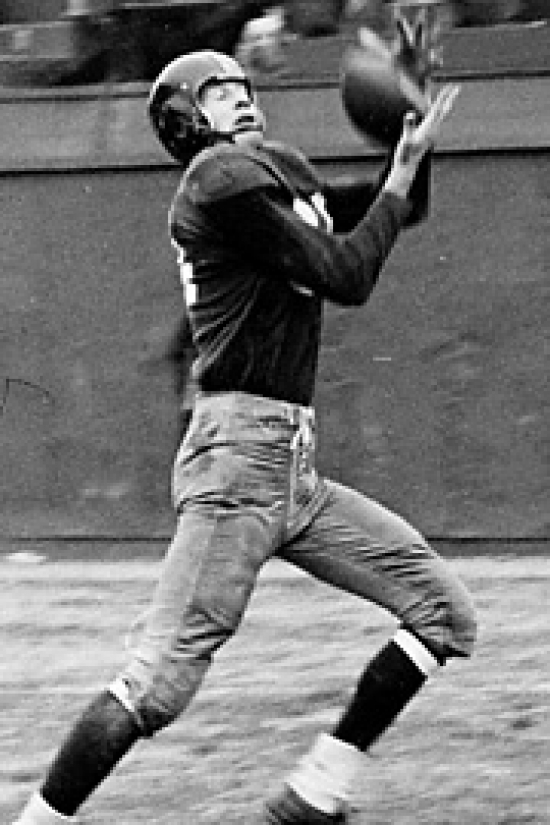 Taylor played at End, and he immediately found a role in the Washington offense.  Leading the NFL in Receiving Touchdowns (9) in 1949, Taylor matched that number in 1950, and he cracked the 800 Yard mark in Yard.  “Bones” also was first that season in Yards per Reception (21.4).

The numbers for Taylor dropped in 1951 but reached a career-best in Yards (961) and Touchdowns (12), and he went to the Pro Bowl.  Taylor had two more good seasons, earning a second Pro Bowl in 1954.

Taylor retired after the 1954 Season with 5,233 Receiving Yards with 58 Touchdowns.