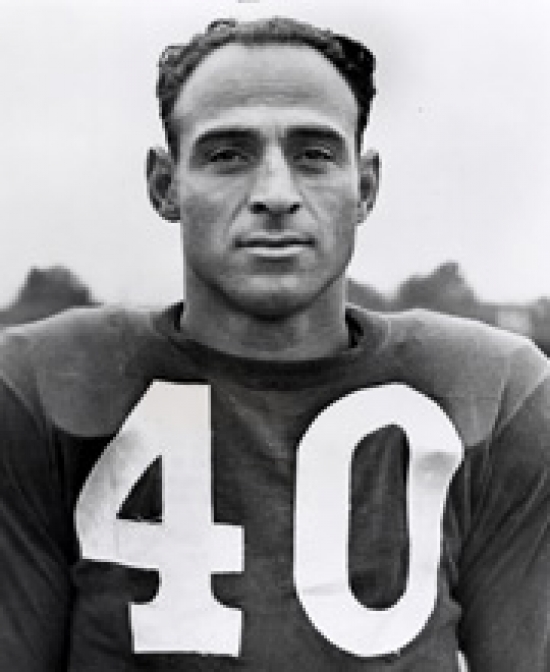 Wayne Millner was a star of some phenomenal Notre Dame teams, and in 1936, the Boston Redskins took him in the Eighth Round of the NFL Draft.

Millner was an all-purpose End, and while the air game was not a huge part yet of American Football, his six consecutive years of 200 Yards (1936-41) were more than respectable.  Millner aided the Redskins in winning their first ever NFL Championship in 1937.  After 1941, Millner was in the U.S. Military for three years and returned to Washington for a final season as a player.

Millner was named to the 1930s All-Decade Team, and in 1968, he was inducted into the Pro Football Hall of Fame, in the same group as his legendary teammate, Cliff Battles.