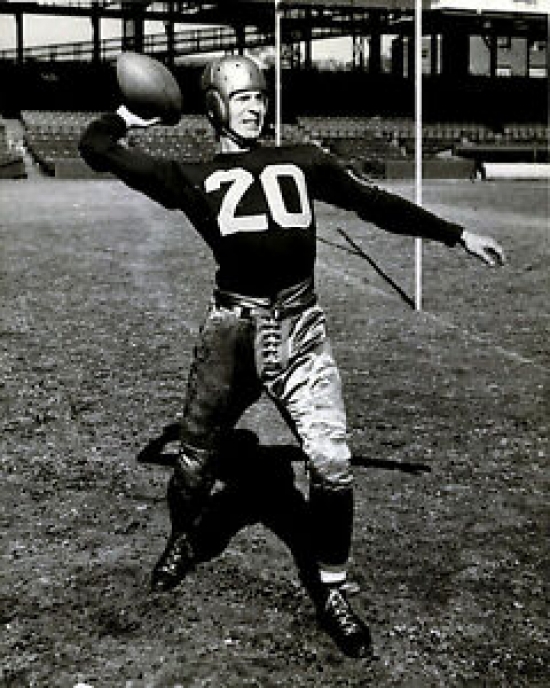 We have to way back for this one, right to the franchise's origin when they were called the Boston Braves.

That’s right, Cliff Battles is an original, joining the team in their first year of existence, 1932, after the Akron native joined following college at West Virginia Wesleyan.  Battles led the NFL in Rushing with 578 Yards as a rookie and was second in his sophomore year with 737.  A First Team All-Pro in 1933 and 1934, Battles saved his best year for last.

That was 1937, the first of the teams' relocation to Washington, and Battles won his second Rushing Title (874 Yards) and had the most Rushing Touchdowns with five.  A substantial weapon in Sammy Baugh's offense, Battles helped lead Washington to the NFL Championship, and he was a First Team All-Pro for the third time.

Battles entered the Pro Football Hall of Fame in 1968 and was part of the 1930s All-Decade Team.