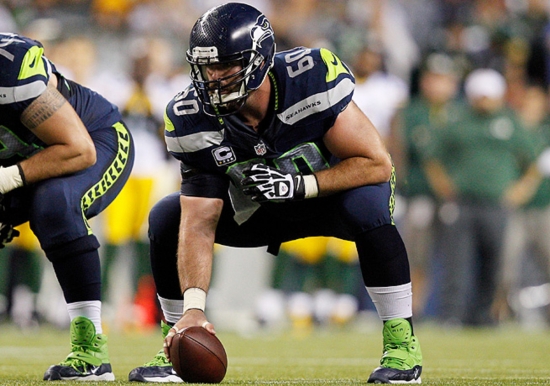 Max Unger arrived in Seattle, coming north as Second Round Pick from Oregon in 2009.

Unger started at Right Guard in his rookie season, and in 2011, he moved to Center, which turned out to be his NFL calling.  The following season, Unger went to the Pro Bowl and was a First Team All-Pro, and in 2013, he was again honored with a Pro Bowl nod.  2013 also saw Seattle win their first Super Bowl, and he would help them reach the big game again in the following season, though that year they lost to New England.

Unger left the Seahawks when he signed with the New Orleans Saints as a Free Agent in 2015.  With Seattle, he started all 67 of his Games Played.