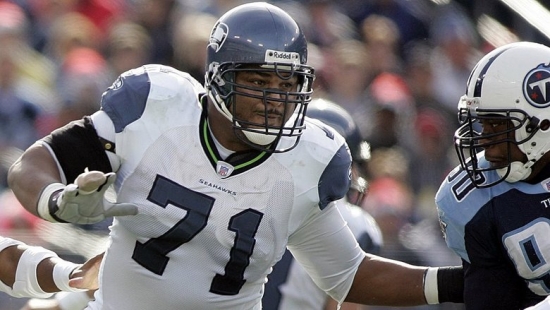 An absolute beast at Florida State, Walter Jones was chosen by the Seahawks with the 6th overall pick in the 1997 Draft.

Playing his entire career in Seattle, Jones was an All-Rookie, and went to the Pro Bowl nine times, including eight in a row (2001-08).  Usually playing at Left Tackle, the four-time First Team All-Pro was considered to be the best at his position in the 2000s (hence his All-Decade selection), and the holes he carved for Shaun Alexander helped him win the 2005 MVP.

A knee injury took him down in 2008, and he was unable to recover, and he retired two years after.

Jones would be inducted into the Pro Football Hall of Fame in 2014, and he was later named to the NFL 100th Anniversary Team.