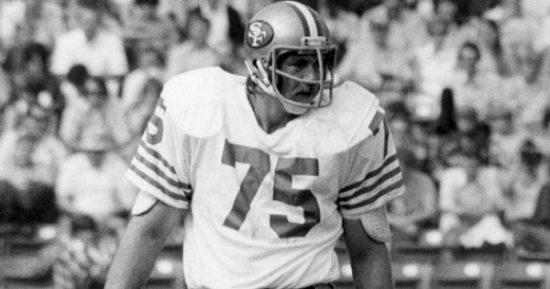 Forrest Blue was a First Round Pick from Auburn in 1968, and after a rookie year as a backup and Special Teams player, he would prove worthy of being taken so high.

Blue took over as the starting Center in 1969, and the year after, he established himself as an upper-tier player on the O-Line. Blue was a First Team All-Pro in both 1971 and 1973, and he put forth an Approximate Value of 16 and 15, respectively. He was a Pro Bowler those two years and the two years after, but that ended his stint in San Francisco, and he joined the Baltimore Colts in 1975.