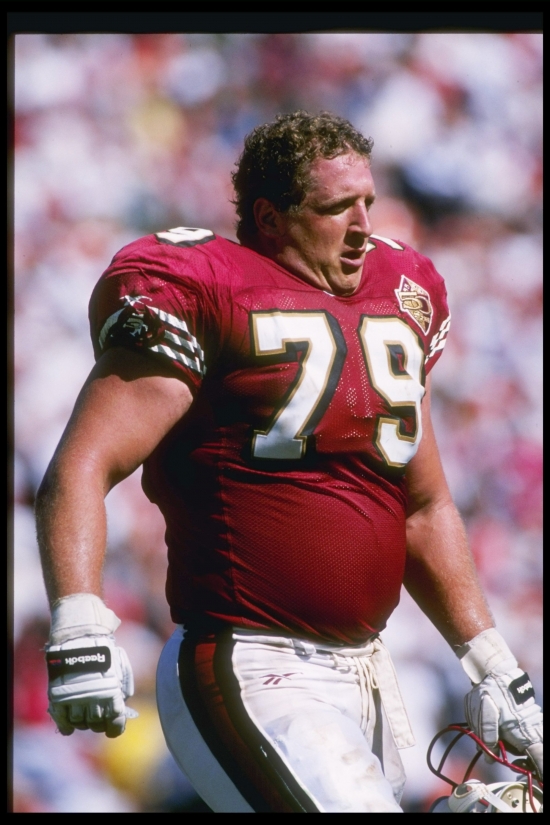 Harris Barton was a highly sought-after player in the 1987 Draft after the Offensive Lineman had a very good college career with North Carolina.  San Francisco chose him with the 22ndOverall Pick, and Barton would be the starting Right Tackle, earning All-Rookie accolades.

Barton held on to that spot for a full decade (save for 1990 when he was mostly used at Right Guard), and he stabilized a line that would win three Super Bowls.  He was a First Team All-Pro in both 1992 and 1993, the latter seeing his 20 in Approximate Value land him third overall in the league.