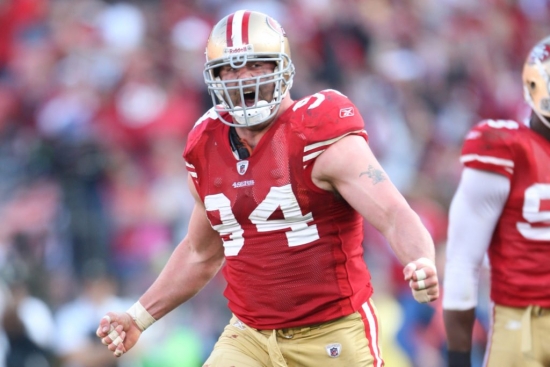 After seven years with the Cincinnati Bengals, Justin Smith signed with the San Francisco 49ers, where he played another seven years.  It is very clear that the second half with the Niners was the far more successful portion.

Smith joined San Francisco in 2008, and from 2009 to 2013, he was a perennial Pro Bowl Selection, achieving double-digits in Approximate Value in all of those seasons.  The Defensive End peaked in 2011, where he was a First Team All-Pro and had a career-high 18 in AV.