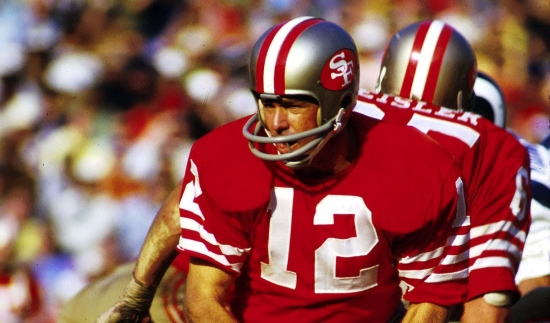 Before there was Joe Montana and Steve Young, there was John Brodie, who played his entire 201-Game career with the San Francisco 49ers.

Brodie came to the Bay Area as the Third Overall Pick in the 1957 Draft, but in the first few seasons, he was there to learn under the future Hall of Famer, Y.A. Tittle.  Tittle was traded in 1961, and Brodie took over as San Francisco's starting Quarterback, a role he held until he retired in 1973.  The former Stanford Cardinal was one of the most successful QBs of the 1960s, breaking through in 1965 with a league-leads in Pass Completion Percentage (61.9%), Passing Yards (3,112), and Passing Yards.  Brodie was good, but he did not have a lot of other stars around him.