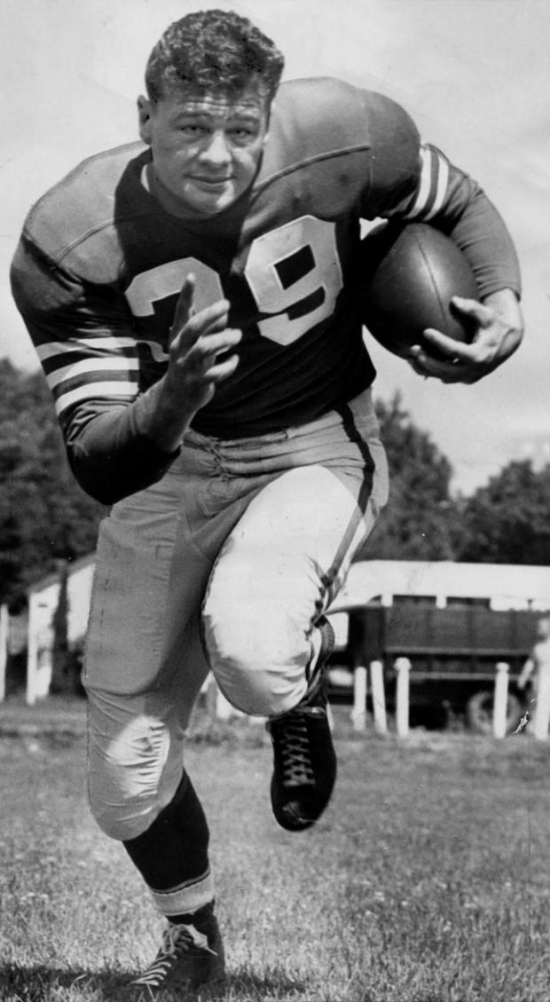 A First Round Pick from Washington, Hugh McElhenny traveled down the Interstate-5 to begin his professional football career.

McElhenny was the Ninth Overall Draft Pick in 1952, and he was the starting Right Halfback as a rookie.  That season, and the one after, were First Team All-Pro and Pro Bowl worthy, and as he was also used as a returner, he led the NFL in All-Purpose Yards (1,731) as a rookie.

While McElhenny's rookie season was not duplicated, he had two other 1,400 APY years with San Francisco, and was a Pro Bowler on three different occasions, giving him five in total as a 49er.  McElhenny's run with San Francisco ended after the 1960 season when the Minnesota Vikings chose him in the Expansion Draft.  He had 9,100 All-Purpose Yards with 51 Touchdowns with the Niners.

McElhenny was named to the Pro Football Hall of Fame in 1970, was part of the first Niners Hall of Fame class in 2009, and sandwiched in between was his jersey retirement of his no.39.