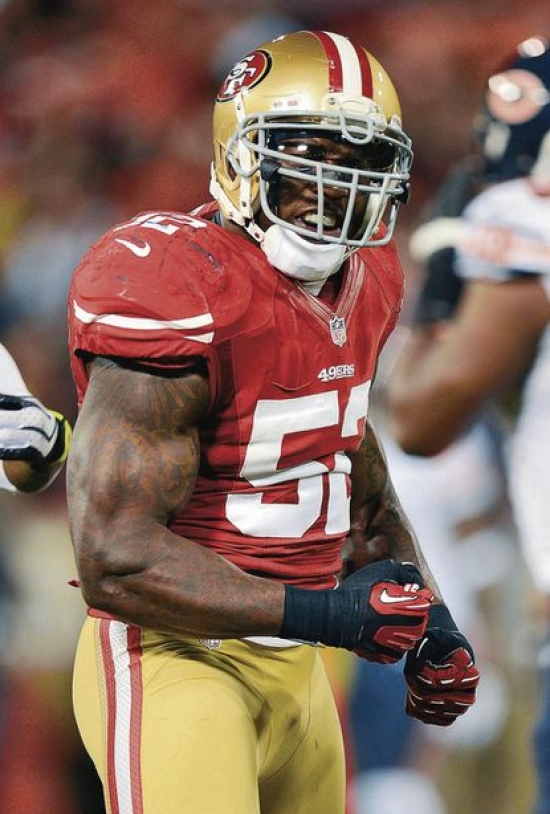 The professional football career of Patrick Willis was considered brief, as he only played eight seasons, but they were electric campaigns.

Willis was the 2006 SEC Defensive Player of the Year, and that parlayed the Linebacker from Mississippi to a First Round Pick by the San Francisco 49ers.  Willis wasted zero time in establishing himself in the pro ranks.  In his rookie year, Willis led the National Football League in Solo Tackles (136) Combined Tackles (174), and he was named the Defensive Rookie of the Year along with a Pro Bowl appearance and a First Team All-Pro.

Willis was named a Pro Bowler again in 2008, where he was a Second Team All-Pro, and in 2010 he repeated his rookie year with a league-lead in Combined Tackles (152) and Solo Tackles (114).  From his rookie year until 2013, Willis was a perennial Pro Bowler, and from 2009 to 2012, he was always named a First Team All-Pro, giving him five in total.  There was little doubt that Willis was an elite Inside Linebacker while he played, and that elite period was over a half-decade.

After appearing in only six Games in 2014 due to injury, Willis shocked the world by retiring before the age of 30.  Willis would accrue 950 Tackles and 20.5 Sacks over his career, and he is likely a future Pro Football Hall of Fame inductee.  Willis was also named to the 2010s All-Decade Team.