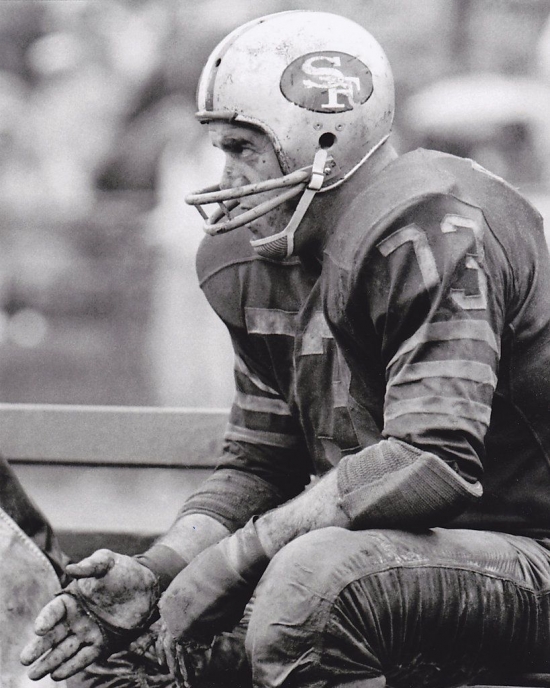 A two-time All-American and College Football Hall of Famer from the University of Minnesota, Leo “The Lion” Nomellini was the 11thOverall Pick of the NFL Draft in 1950; a selection that paid dividends for over a decade for the San Francisco 49ers.

Whether he was playing at offensive or defense, his freakish strength and speed made him an instant mismatch for whoever opposed him, and there is no question that he was San Francisco's best player of the decade.  Nomellini was also known for his durability, as he never missed a game over his fourteen seasons in the NFL.

Worth mentioning, Nomellini would wrestle during the off-season and was a multi-time tag team champion and was inducted posthumously in the Professional Wrestling Hall of Fame in Waterloo, Iowa.

He entered the Pro Football Hall of Fame in 1969, and he is also a member of the 1950s All-Decade and 50thAnniversary Team.  In 1971, he was one of the first two players to have his number retired, and he was also a charter member of the 49ers Hall of Fame.