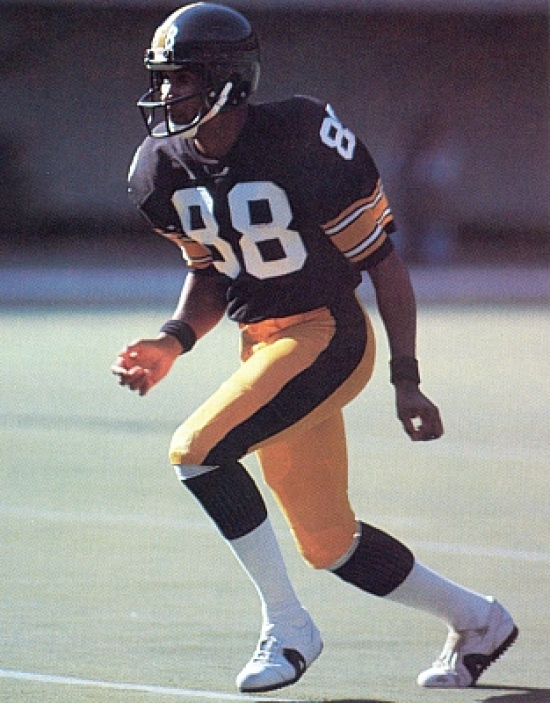 One of the most recognized players of the Pittsburgh Steelers Super Bowl era of the 1970s, Lynn Swann, was a member of all four of their titles in their dynastic run.

Swann was the player with whom Pittsburgh used their First Round Pick in 1974 (24thOverall), and in his rookie season, he was mostly used as a Punt Returner, which he did well as he led the NFL in Punt Return Yards.  Swann and the Steelers won their first Super Bowl that year, and in the season after he was a far greater cog in the Pittsburgh offensive machine.

Swann's 1975 season would see him lead the NFL in Receiving Touchdowns (11), and in Super Bowl X, Swann had 161 Receiving Yards and a TD, impressive considering he was not expected to play in that game due to injury.  Arguably, this was the performance that earned him a spot in Canton.

The Wide Receiver, who was a Pro Bowl in 1975, would be again in 1977 and 1978 with the latter season earning a First Team All-Pro.  Swann helped them win two more Super Bowls, and in the 16 Games he played in the post-season, he had 907 Yards with nine TDs.

He played until 1982, and Swann entered the Pro Football Hall of Fame in 2001.  Swann would later enter the Steelers Hall of Honor in 2017.