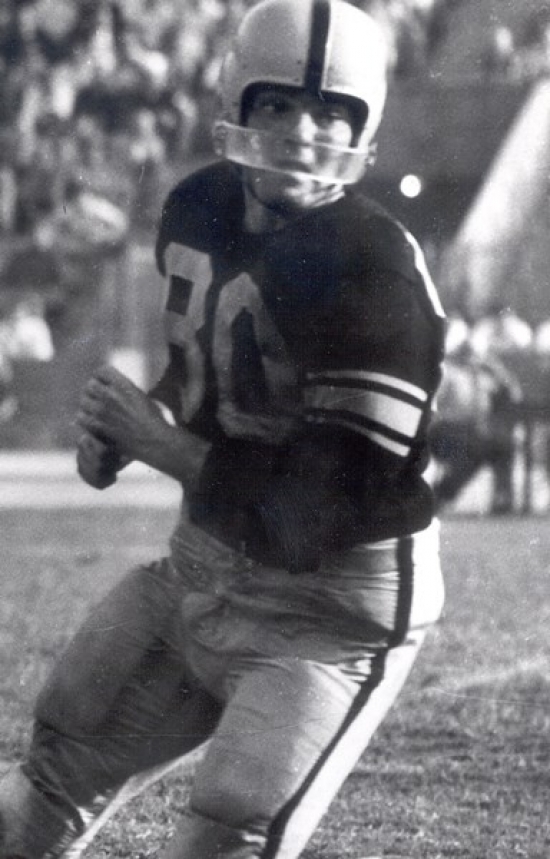 Playing at St. Bonaventure, Jack Butler did not receive any attention from the NFL scouts, which reflected as he was not a Pick in the Draft.  Butler was able to find employment with the Pittsburgh Steelers in 1951, and it worked out well for both parties.

Butler won the starting job on the right side at Defensive Back as a rookie, and he had a sweet five-pick year in his first year on the job.  The former Bonnie played his entire career with the Steelers as a starter, which ended after he retired in 1959.  Butler was considered at his best in the last half of his career, where he was named to four Pro Bowls and three First Team All-Pros, and he led the NFL in Interceptions with 10 in 1957.  He would have 52 Interceptions in total with four Touchdown Returns.

Butler was chosen for the Pro Football Hall of Fame in 2012 and was part of the first Steelers Hall of Honor Class in 2017.