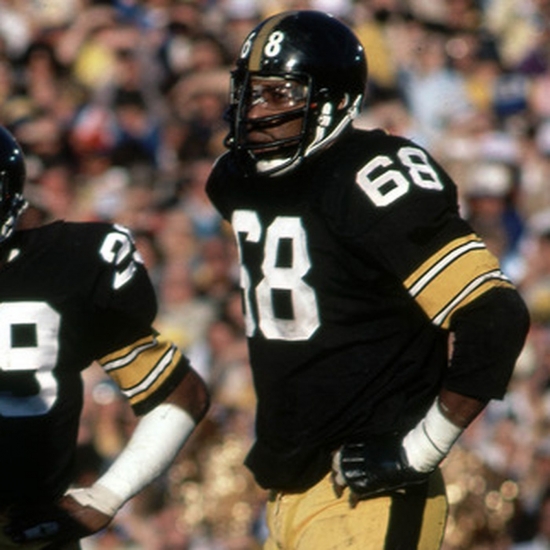 As a member of the famed Steel Curtain, L.C. Greenwood was part of the most dominating defense in football history that propelled the Steelers to four Super Bowls in a five year period.  Greenwood was a big part of that dynasty as he six-time Pro Bowl selection who terrified opposing Quarterbacks. Although the sack was not yet an official statistic, Greenwood totaled five of them in his four Super Bowls.  He was tall, fast, and was seemingly everywhere on the field.

Greenwood was part of the first Steelers Hall of Honor Class in 2017.