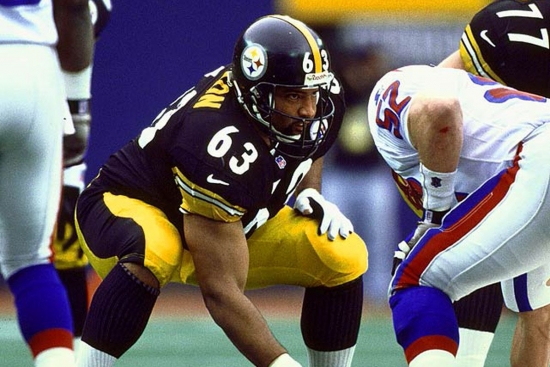 How good was the 1974 Draft Class for the Pittsburgh Steelers?

They drafted Lynn Swann (First Round), Jack Lambert (Second Round), Mike Webster (Fifth Round), and the man we are discussing here, John Stallworth (Fourth Round).

In Stallworth's first three seasons, he was mostly used as a backup but was still a contributor to their first two Super Bowl Championships (IX & X).  By 1977, the Alabama A&M Wide Receiver was a more substantial piece to the Steelers offense, and he exceeded 750 Yards in the two seasons after winning a third Super Bowl in the latter year.  Stallworth had his best season of the 1970s, earning a Pro Bowl, First Team All-Pro, and aiding the Steelers to their fourth Super Bowl of the decade.

The Wide Receiver was hurt again for most of 1983 but rebounded with his best season on the gridiron with career-highs in 1,399 Yards and 11 Touchdowns.  Stallworth was a Pro Bowler for the third and final time and was awarded the PFWA Comeback Player of the Year.  He played three more years, finishing in 1987, in a pro career spent entirely in the black and yellow.  Stallworth retired with 8,723 Yards and 63 Touchdowns.

Stallworth was elected into the Pro Football Hall of Fame in 2002, and the Steelers' Hall of Honor in 2017.