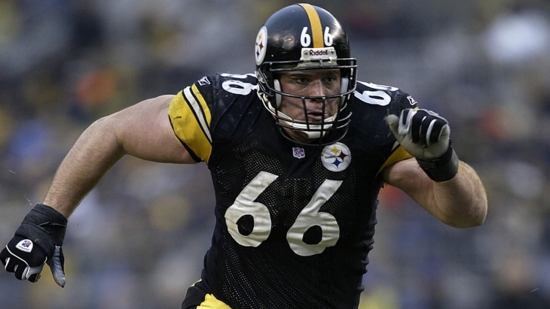 A late First Round Pick from LSU, Alan Faneca became precisely the Left Tackle that the Pittsburgh Steelers hoped he would be.

Faneca won the starting Left Guard job as a rookie (1998), and in 2001, he went to his first Pro Bowl while also earning a First Team All-Pro.  This became par for the course for Faneca, who, with the Steelers, went to six more Pro Bowls and secured four more First Team All-Pros.  Faneca helped the Steelers win Super Bowl XL, and he was a huge part of protecting Ben Roethlisberger in his ascent to a higher tier of Quarterbacks.

The former LSU Tiger signed with the New York Jets in 2008, where he had two more Pro Bowl Selections.

Faneca was named to the 2000s All-Decade Team, and as a Steeler, he started 153 of his 158 Games with an Approximate Value of 121. Pittsburgh inducted Faneca into their Hall of Honor in 2018.