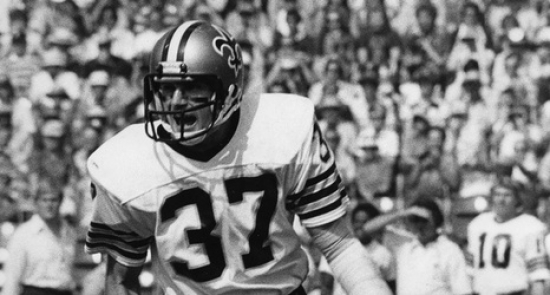 Tom Myers played all ten of his seasons of his NFL career with the New Orleans Saints (1972-81), where he started predominantly at Free Safety.

Myers best years were late in his career, first in 1978, where he had six Interceptions, including a career-high 97 Yard Return for a Touchdown. He followed that with a Pro Bowl selection and a personal best in Interceptions with seven.  Myers left New Orleans after the 1981 season, and he would have 36 picks over his NFL run.

Myers would make a comeback, playing two years for the Houston Gamblers of the USFL.