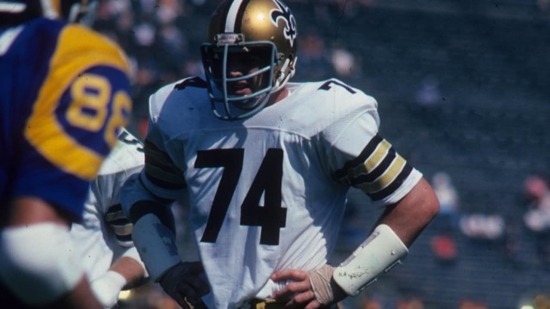 Derland Moore was a walk-on at Oklahoma, and he went from unrecruited to a Second Round Pick.  It was the New Orleans Saints who chose him, and they held on to the defensive player for well over a decade.

Moore played off the bench as a rookie, and he was in as the starting Right Defensive Tackle from 1974 to 1981.  Moore moved to Left Defensive End in 1982, and then to Nose Tackle in 1982, where he stayed for three seasons.

Moore signed with the New York Jets after the 1985 season, but he only played one game there, and he retired shortly after.  While records were not kept, Moore had over 40 “unofficial” Sacks over his career.