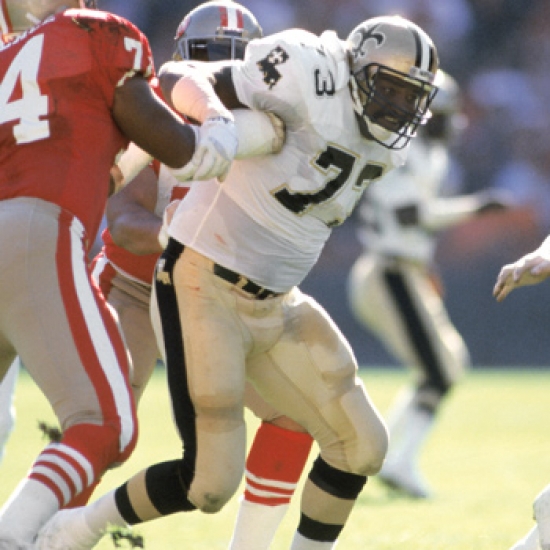 Frank Warren played his entire pro career with the New Orleans Saints (1981-94), where he appeared in 11 Games shy of 200

Warren was Third Round Pick from Auburn, and in his first seven years, he was on Special Teams and coming off the bench in pass-rushing situations.  Warren finally became a starter in 1988, and in 1989 he had a 9.5 Sack year, his highest in Football.  He could not build on that as he sat out the entirety of the 1990 season due to a year-long suspension due to substance abuse.

Warren may not have been a Pro Bowler, but his tenure and pass-rushing skills earned him a rank on this list.