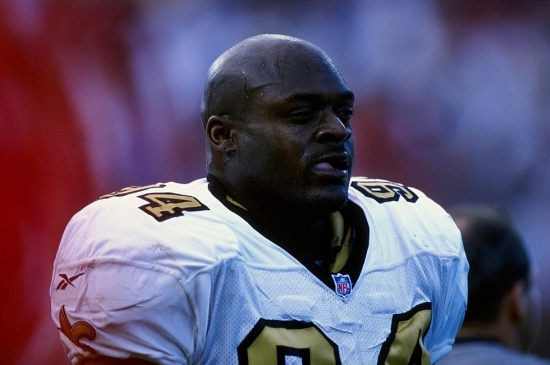 Joe Johnson was an All-Rookie for the Saints in 1994, after New Orleans took him 13thOverall in the NFL Draft after a great career at Louisville

Johnson slowly built up his skills on the pro level, and in 1998 after a 70 Tackle year, he was named to the Pro Bowl.  Johnson could not build upon that as a knee injury took him out of the entire 1999 campaign, but he came back in 2000 with a career-best 12 Sack year, and his second Pro Bowl.  The former Cardinal would win both the PFWA and AP Comeback Player of the Year. Johnson had nine Sacks in 2001, and the Green Bay Packers courted him with a monster contract, that he was unable to live up to primarily due to injuries.