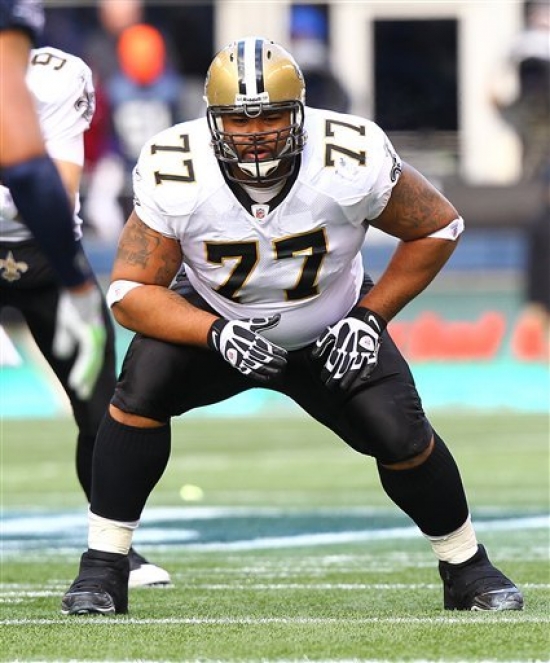 Carl Nicks was only with the New Orleans Saints for four seasons, but he was arguably the best Offensive Lineman on the team.

Nicks won the starting Left Guard job as a rookie, and the former Nebraska Cornhusker went to the All-Rookie team.  Carving up holes for the Saints Running Backs and protecting Drew Brees, Nicks became the unsung hero of the team and a significant part of the New Orleans Super Bowl XLIV Championship Team.

After that title, Nicks went on to two Pro Bowls, and a First Team All-Pro in 2011.  That season, Nicks had scored 19 in Approximate Value, which was good enough for fifth in the NFL.  2012 would be the last year in New Orleans, as he signed with the Tampa Bay Buccaneers after.

Nicks would start all 64 Games with the Saints that he played, and while he was nowhere close to the top in terms of longevity at his position, he is in regards to impact.