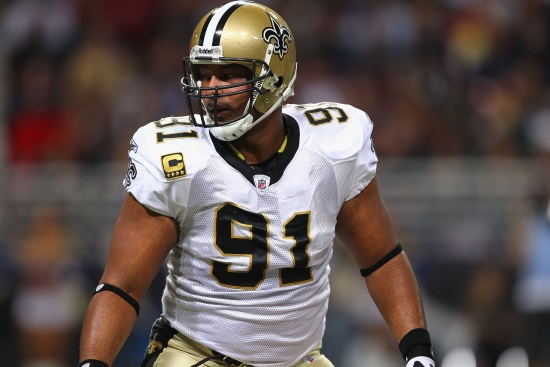 Will Smith had a spectacular college career where at Ohio State, he was an All-American who won the BCS Championship and was the Big Ten Defensive Player of the Year.  New Orleans landed him with their 18thOverall Pick in 2004, and it was as a Saint where he played his entire career.

In his inaugural year in the NFL, the Defensive End was an All-Rookie and led the league in Forced Fumbles (6).  Smith was named to the Pro Bowl in 2006, and that year he had his first double-digit season in Sacks with 10.5.  Three years later, Smith had a 13 Sack year, and he was a member of the New Orleans Super Bowl win.  A torn ACL took him out of 2013, and he was released after the year.

Smith had 67.5 Sacks with 463 Tackles over his nine-year career. He tragically passed away in 2016 when he was shot and killed in an alcohol-related car crash.  Three years later, he was inducted into the Saints Ring of Honor.