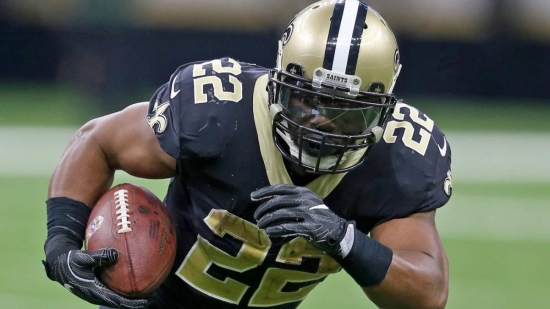 At the University of Alabama, Mark Ingram was a superstar.  The Crimson Tide Running Back captured the coveted Heisman Trophy in 2009, and his school won the National Championship.  He did this as a sophomore, and while he regressed due to knee issues as a Junior, Ingram was still expected to be a high pick, which he was, when the Saints took him 28thOverall in 2011.

While it could be argued that Mark Ingram was a disappointment on the NFL level, it is because he came in with the Heisman pedigree, and a look at his actual production shows a very good NFL Running Back.  Ingram did not see a lot of touches in his first three seasons, and his peak in that period was 631 Yards from Scrimmage in the 2012 campaign.  This wasn’t bad, but he had a lot more to offer.

With the arrival of Alvin Kamara, Ingram saw fewer touches in 2018, and he left the team as a Free Agent in 2019 to sign with the Baltimore Ravens. With the Saints, Ingram tallied 7,605 Yards with 55 Touchdowns.