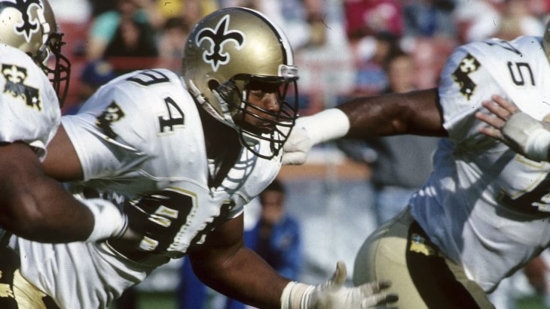 Jim Wilks made the most of his opportunity when the lightly regarded defensive player from San Diego State not only made the New Orleans Saints roster despite being a 12thRound Pick, but he stayed with the team for his entire 13-year career.

Wilks played off the bench as a rookie (1981), but he would become New Orleans' starting Right Defensive End in his second season. Wilks may never have been considered a star, but he was tenacious and durable and made the most of his 260 Pounds. Also playing at Nose Tackle, Wilks would have 45.5 Sacks, which is a more than respectable amount for his position.