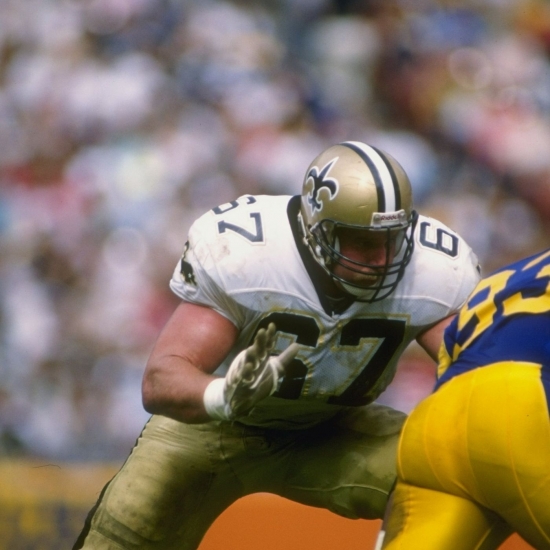 If you are drafted in the First Round, there are high expectations, and Stan Brock fulfilled in the longevity and durability department.

After arriving in tNew Orleans in 1980, Brock played for the Saints for 13 years and started 182 of his 186 Games at Right Tackle.  Brock, who was an All-Rookie, appeared to get better annually, and arguably his best seasons in New Orleans were late in his Saints tenure.  Brock went on to have three more seasons with San Diego.

While Brock was never a Pro Bowler, the stability he brought to an integral position for well over a decade.  That supersedes the lack of individual hardware.