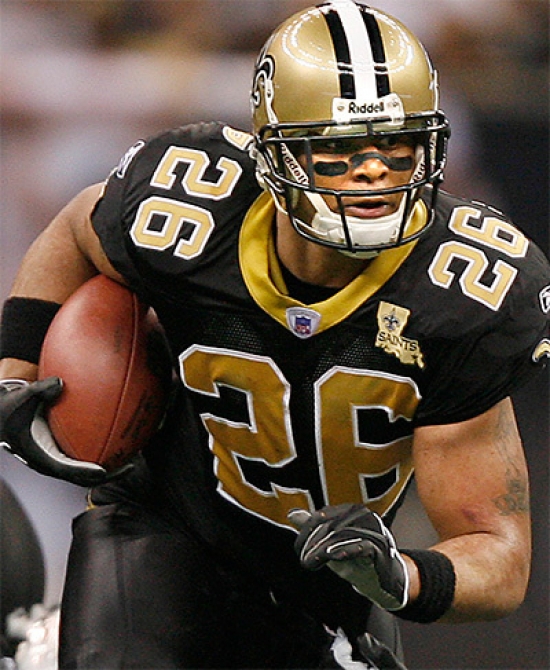 There were a few who shook their heads when the New Orleans Saints chose Deuce McAllister with their First Round pick in 2001, as they already had Ricky Williams in tow.  That perception only lasted a year

The former Ole Miss star, became the starting Running Back in 2002 after Williams was traded to the Miami Dolphins.  McAllister rushed for 1,388 Yards, and was elected to the Pro Bowl. 2003 was even better with 1,641 Rushing Yards and 2,157 Yards from Scrimmage.  Both of those would be career-highs, and McAllister went to his second Pro Bowl.

This was the end of the Pro Bowl era for Deuce, but he had two more 1,000 Yard Rushing years for the Saints.  Injuries piled up, and he was out of the game by 2008.  McAllister rushed for 6,096 Yards, a franchise record, and he also had 49 TDs on the ground.  He would overall accumulate 8,932 All-Purpose Yards.