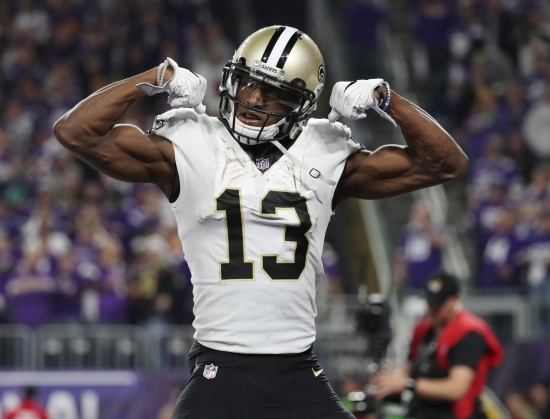 Michael Thomas was a star Wide Receiver at Ohio State, where he helped the Buckeyes win the College Football Playoff in 2015.  The following season, he was taken in the Second Round by the New Orleans Saints, where he eventually became the primary weapon of Quarterback, Drew Brees.

Thomas led the NFL in Receptions in both 2018 and 2019, and in the latter year, he led the league in Receiving Yards (1,725) and was named the Offensive Player of the Year.

Although Thomas has only been in New Orleans for four years, his production has been so good that be belongs at a spot this high.  Thomas may not be the all-time leader for the team in Receiving Yards, but he is arguably the most potent Wide Receiver the club has ever had.