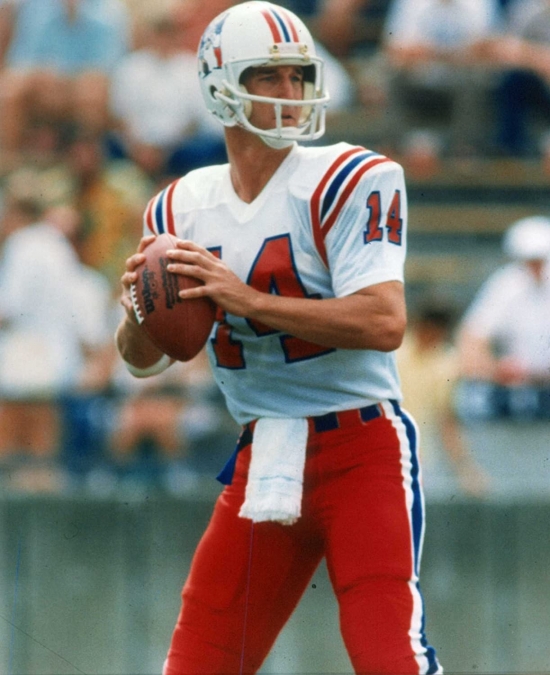 There are many who only think of Tom Brady when they think about New England Quarterbacks, but for fans of the team in the 70s and 80s, Steve Grogan is one of the names that come up.

Grogan played all 16 years of his professional career with the Patriots, though it seemed he was fighting for his job throughout his entire career.  He first won the starting Quarterback job as a rookie, ousting Jim Plunkett, the former Heisman winner.  Grogan’s best era was the first third of his career, where he took the Pats to the playoffs twice and led the NFL in Touchdown passes in 1979.

Following that, Grogan only had one year where he played in over 10 Games, mostly due to injuries and other QBs like Marc Wilson and Tony Eason looking to take his job.  Eason was the starting QB in their first Super Bowl appearance (1986), but Grogan took over in relief, though the Patriots lost to Chicago.