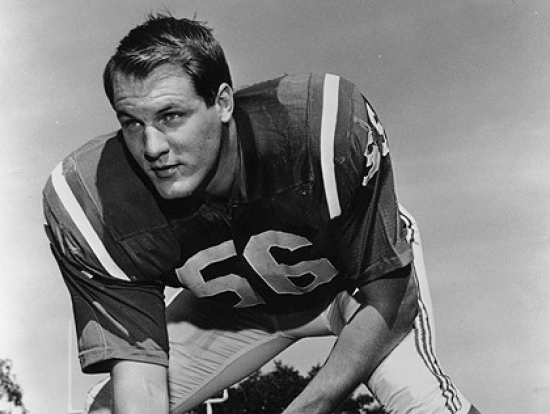 For many younger Patriots fans, the history of the franchise did not begin until Tom Brady took them to their first Super Bowl win in 2001.  Of course, we know that was not the case at all, and we have our first AFL player to look at in Center, Jon Morris.

Morris was drafted in the Fourth Round by the then-named Boston Patriots and the Green Bay Packers in the Second Round.  It was a bold decision by Morris to go with the AFL and eschew Vince Lombardi, but he did, and nobody could say that Morris did not have a successful career.

Morris would be an AFL All-Star in his first six seasons, and when they dropped that in favor of Pro Bowls across both conferences a couple of years after the merger, he was a Pro Bowl in 1970.  The former Holy Cross Crusader may not have had a lot of offensive skill players around him, but there was no doubt that he did his job.

Morris would join the Detroit Lions in 1975 and played there for three years, with one final season in Chicago before retiring.  He would also be named to the AFL All-Time Team and was inducted into the Patriots Hall of Fame in 2011.