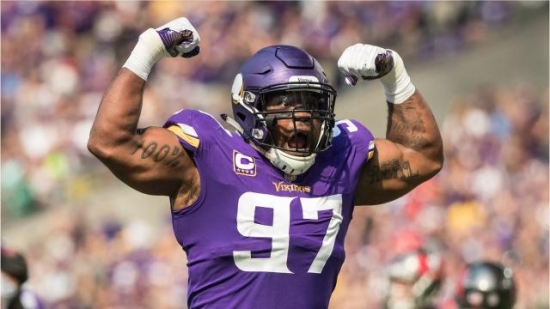 Everson Griffen came to the Minnesota Vikings as the 100th Overall Draft Pick in 2010 and it was a slow build for him to really find his place in the NFL.  Griffen was mostly used on Special Teams as a rookie and morphed into a pass rushing specialist until 2014 when he became the starting Defensive End. Groffen went to four Pro Bowls over a five-year period, and he had three 10-plus Sack seasons while wearing the horns.  Griffen played for the Vikigs for ten years before he signed with the Dallas Cowboys as a Free Agent.

Griffen returned in 2021 for another year, bringing his Sack total in Minnesota to 79.5.