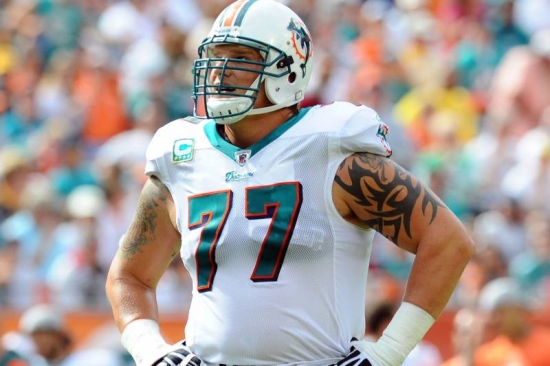 The Miami Dolphins had the 1stOverall Pick in 2008, and they chose Jake Long, the two-time All-American Offensive Lineman from Michigan.

Long’s first four years in the NFL were incredible, as he went to the Pro Bowl in all of them and was a First Team All-Pro in 2010.  Playing at Left Tackle, Long was not nearly as capable after that four-year run, though only one of those seasons as a Dolphin. He would sign with the St. Louis Rams in 2013 as a Free Agent, and as a Dolphin, he started all of the 74 Games he played for the team.