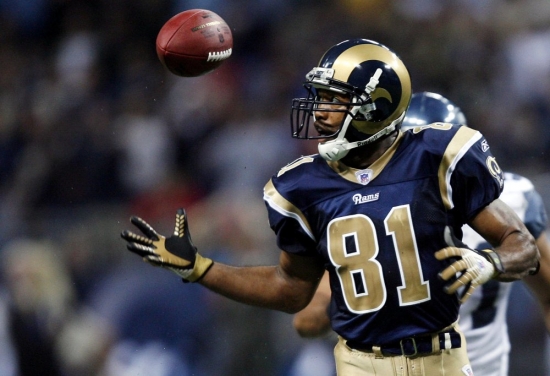 A member of the St. Louis Rams for all but his final season (which was in Jacksonville) the 6th Overall Pick from North Carolina State, Torry Holt had a really good rookie season where he joined the famed (yes we are saying it again) "Greatest Show on Turf" and would be a Super Bowl Champion as a rookie.  Holt would promptly lead the NFL in Receiving Yards (1,635) in his second year and would do it again in 2003 with a career-high 1,696 Yards with an NFL leading 117 Receptions.  Holt was consistent with his production with six straight 1,300 Yard seasons 2000-2005 with a pair of 1,100 Yard campaigns after that.  The seven-time Pro Bowl Selection totaled 12,660 Receiving Yards with 74 Touchdowns as a Ram.