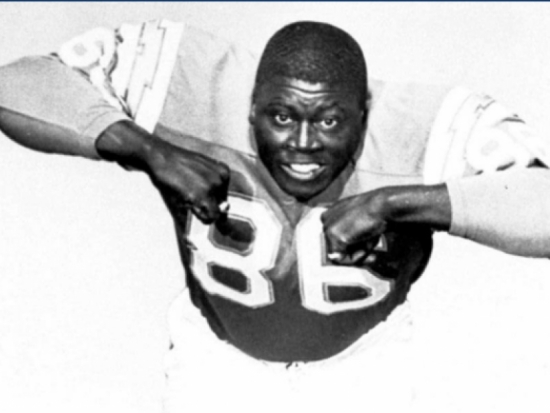 The professional career of Earl Faison might have been relatively brief, but his impact was undeniable.

Faison was an All-American at Indiana and parlayed that into being a First Round pick (7thOverall) in the AFL Draft. The Chargers had a gem on their hands as he was the AFL Rookie of the Year and an AFL First Team All-Pro in his first year.

The explosive Defensive End was an AFL All-Star in all of his five full seasons wearing the lightning bolt and was a First Team All-Pro in four of them.  As part of the original "Fearsome Foursome," Faison helped to lead the Chargers to an AFL Championship in 1963.

Faison had back trouble and contract issues, and early in 1966, he was traded to Houston.  Again, his tenure with the Chargers was low, but his impact was significant.   The team would induct him into their Hall of Fame in 1986.