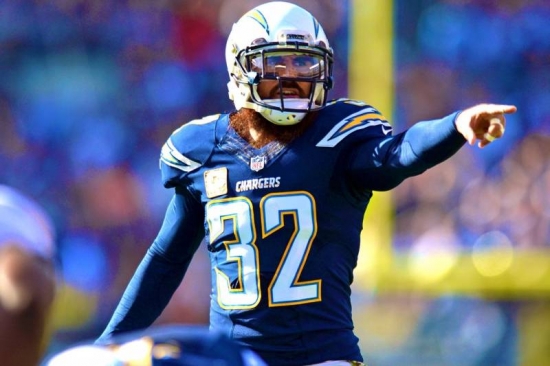 One of the greatest Defensive Backs in the history of the Chargers is without a doubt that Eric Weddle, a Second Round Pick from Utah.

The former Ute did not see any starts as a rookie (2007) but would become San Diego's starting Free Safety in his sophomore year.  That year saw Weddle post a career-high in Combined Tackles (127), and three years later, he was a Pro Bowl and First Team All-Pro for the first time while leading the NFL in Interceptions (7).  Weddle would have two more Pro Bowls with the Chargers, both of which were 100-Tackle years.

Weddle left the Chargers after the 2015 season and signed with the Baltimore Ravens, where he went to three more Pro Bowls.

Weddle would be named to the 2010s All-Decade Team.