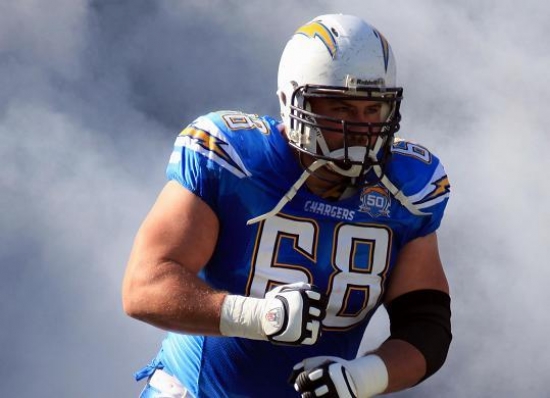 In 2003, Kris Dielman found a home in San Diego, making the practice squad undrafted out of Indiana.  With six games left in the season, Dielman was called up in a reserve role, and while he was still a backup the following season, he was on the regular roster.

The Chargers named him their starting Left Guard in 2005, and two years later, Dielman embarked on a four-year run of Pro Bowls.  In both 2008 and 2009, the former Hoosier was a Second Year All-Pro and had an Approximate Value of at least 15.  Dielman was plagued with injuries in 2011 and was out of football shortly after.